San Francisco Bay Area is making their mark on the map this year with the National spotlight of major events.  When we expect this from the city of San Francisco, San Jose is stepping up too as the: 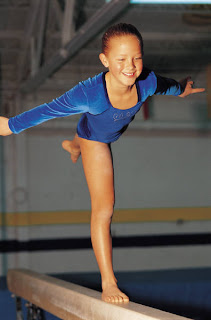 The best gymnasts from around USA will be in town from June 28 - July 1 at the Shark Tank (nickname for HP Pavilion SAP Center)  this weekend as they compete for a spot on Team USA at the 2012 Olympic Games in London.  The Olympic Flag has been flying at San Jose City Hall since June 24.

Starting at 11:45 a.m., participating sponsors and dignitaries will view the lowering of the flag at City Hall and then they will ride on an authentic London Double Decker Bus to Shark Tank HP Pavilion to deliver the Olympic flag for Opening Ceremonies at the Shark Tank HP Pavilion. Following the conclusion of the Opening Ceremonies, the “Road to London” opens on Arena Green.

Tickets may be purchased at Shark Tank (SAP Center San Jose) website to see the Gymnasts compete. Are you going?

Let's get out and support out Gymnastics Team USA! ~ The Fun Tour Guru


Click here to view photos of the opening ceremony in San Jose, CA

Thank you with your interest!