Today’s travel tip:
Drive the Monterey and Pacific Grove coastline on the Monterey Bay when you go to Carmel.  This will be an adventure as you never know what type of weather you may encounter – sun, fog, rain. The views are fabulous.

Be sure to stop, get out of your car and explore – watch the sea otters play in the kelp beds and hear the sharp crack of an abalone being opened for lunch by one of these creatures.

When I turned around from watching the sea otters, I found this special image of Point Pinos Lighthouse. I remember a professional photo image from Monterey CVB website of this ~ I found the exact spot to add to my own collection.


Point Pinos Lighthouse (stands for point of the pines) is a perfect name for this rugged area of the Monterey coastline and was named by the Spanish explorer Sebastian Vizcaino in 1602.  This cape-cod style lighthouse is the oldest continuously operating lighthouse on the west coast (Since Feb. 1, 1855) and is a National Historic Landmark.

A not so common and different profession is that of a Lightkeeper. I found this website with fun stories of all of the Lightkeepers.  The first lightkeeper was Charles Layton, appointed to the post at $1000 per year.   The most famous lightkeeper was Mrs. Emily Fish, who served from 1893 to 1914. She was called the "Socialite Keeper" due to her love of entertaining guests at the lighthouse.


Point Pinos Lighthouse, 831.648.3176, is available to the public, call before you go for the most current information.


Do you want to see the California coast? Come with me...

Many thank you's of travel sources for this article which I get detailed background information from some favorite travel writers below.  I do wander through this region quite often.  I prepared our Monterey E-Guide that you may download or print and take with you on your trip.

(Please find updates to this post. 2017 My Suite101 article is not available).

What do we do when Football season ends?  For some there is basketball.  And baseball.

"On this lazy afternoon, I watch the cold, blurry white winter storms increasing across the rest of our country.  Yes, this is the time of the year I start daydreaming. I drift away on cloud nine with this distraction of watching baseball games while searching for local my next trips. It is starting... I see the San Francisco Giants playing at their spring training camp."
I came across this article about the San Francisco Giants - I am excited about going to Arizona.  I miss baseball. 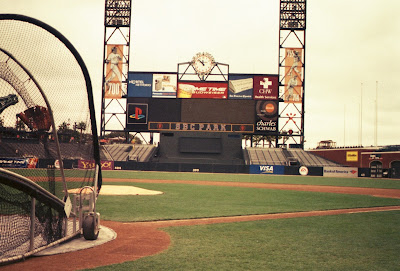 I love to go to a region where I find a superb mix of activities; hanging out with other baseball fanatics on a sunny afternoon watching exhibition games, hiking (or with me, slower morning walks now), swimming, spas, art and culture, shopping, unusual architecture, and of course culinary delights available.

Cowboys and upscale city life combined – it is time for those of us in the northern states to pack our bags and head south. I like to pretend I am a baseball scout and talk with players on my favorite teams about what they are doing to prepare for the regular season.

Will Buster Posey be back behind the plate? 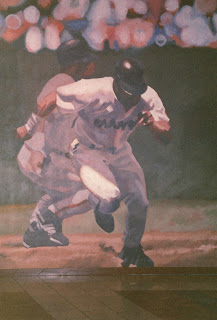 The Cactus League website says, “Visitor attendance has increased every year.”  You might want to call in advance and make a few reservations this year.

Official Spring Training Season started in the early 1900s.  Some people say it was as early as the late 1800s. I won't go into the details here, as you will find an excellent article outlining spring training history by Rodney Johnson, From Dust to Diamonds: The Evolution of the Cactus League, (c) 2012 - Society for American Baseball Research (SABR) Origins of Spring Training, on the Arizona Cactus League website.

People have taken this break opportunity to relax with sun, fun, and ball games.  Remember the local stories of well known baseball icons like Ted Williams and Bob Fuller who spent their spring training heydays at the modernized mid-century hotel property of Hotel Valley Ho?

The San Francisco Giants, a part of the Cactus League, hold their spring training camp in Scottsdale, Arizona.  You should participate in the spring training events.  Don't forget to keep your camera and iPhone close at all times for the surprise 'bump into favorite players' at local business shops and restaurants after watching them at the exhibition games.

Spring training tickets are affordable.  Check in advance with the game schedules.  Add an extra fun day trip to see your favorite team play in 8 different cities across Arizona. 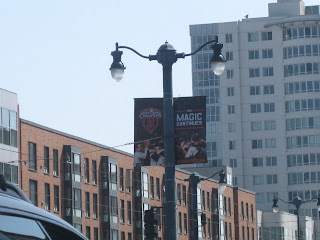 There are many excellent activities to engage in.  I am not an architect student,  I became spellbound with Frank Lloyd Wright’s winter home, Taliesin West tour as I listened to the well delivered docent stories.  And, the local jeep tours are easy should you not be as athletic as others to see the desert.

There are multiple desert hiking trails to start the day with. Even a s-l-o-w morning walk in the morning sunshine is refreshing – be sure to keep water with you all of the time.  The Arizona culinary scene is incredible. Yes, mix exercise everyday to get ready for the evening dinner tasting.

My Insider Information tips:
My favorite hotel – Scott Resort & Spa, with their open lobby is very affordable and within walking distance of old town Scottsdale, and stop by their restaurant for any meal. A fabulous ~ 5 Stars to the friendly hello's you receive from all employees, everyday.
The chopped salads at Cowboy Ciao Restaurant are great finds, and with an extensive wine menu to choose from.
Oh yeah, back to the baseball spring training story..... batter up! 1 - 2 - 3 and you are out at the ol' ball game.

The Fun Tour Guru Strays off the beaten path to enjoy Arizona and Baseball Spring Training.

Do you like this article? Please review the items in this sidebar and share with your friends.  Comment and talk with us below!
Trivia quiz: What is the change in the sign at the Giants Baseball Stadium in the first picture?

First, the Grammy's
I am melancholy today after watching the Grammy's last night.  I realize I don't even remember who won the awards ~ with one exception, Adele, with her awesome story, came away with well deserved recognition.  It was all of the performances, one after another, that simply put me under a spell!  Famous to new performers - all varieties of music - they all were fabulous.  Everyone.
Bruce Springsteen, Paul McCartney, Adele, Taylor Swift, Tony Bennett, The Beach Boys, Glen Campbell, Katy Perry, Chris Brown ... and so forth ... you get the picture.  And, of the sad news of Whitney Houston, we need to remember life is fragile.
Next, I left my heart in San Francisco St. Valentine's Day Tribute
I know, this may be kind of corny, there is something special about this little town by the bay .... and Tony Bennett!

Today, I read an announcement of San Francisco's - to honor Tony Bennett in a a tribute of the 50th Anniversary of the song, "I left my heart in San Francisco". And, he will be there to sing in person.
When: Noon, Tuesday, February 14, City Hall, Downtown San Francisco you will listen to a free Valentine's Day Treat.
Fabulous tribute.
Tony first sang the song in the Venetian Room at the Fairmont Hotel on Nob Hill in December of 1961, and Tony returns there on the evening of Valentine’s Day to sing at a sold-out benefit dinner and concert to raise money for heart research at UCSF. He recorded the song in 1962.
Yep, I used to (and still do) always play this song when taking my groups into San Francisco after the long ride north on the peninsula from south bay.
Of course, for those of you who are curious creatives ~ try entering the contest sponsored by San Francisco Travel Association. Good luck!
City of San Francisco Press Release
With hearts and smiles, Happy Valentine's Day from San Francisco! ~~ The Fun Tour Guru
Posted by Meet Donna W at 2:35 PM No comments: